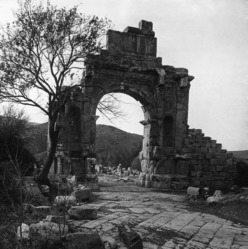 During the reign of Caracalla in the 3rd century, Cuicul’s administrators took down some of the old ramparts and constructed a new forum. The arch dates from 216 CE.