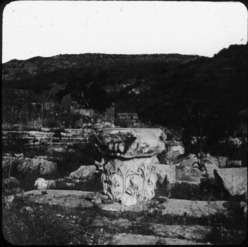 Ephesus [Ephesos] was one of 12 ancient Ionian cities, located in fertile plain near the mouth of the Cayster river; conquered by Persians; democracy granted by Alexander the Great; was center of cult of Diana; passed to Rome; an early Christian center, visited by St. Paul. Site of an important Classical city on the west coast of Turkey, about 2 km south-west of modern Selcuk. It has been occupied since perhaps as early as the 10th century BCE, and its Late Classical Temple of Artemis (Artemision), built on the site of an earlier temple from the Archaic period, was regarded as one of the Seven Wonders of the World. The importance of the city as a commercial centre declined as the harbour slowly filled with silt from the river, and the population shifted to Selcuk in the 12th century CE.