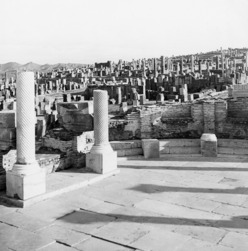 The library probably dates from the 4th century CE.