The Medicalization of Chilean Politics; An Analytical Catalogue of Physicians from the 1920s to the 1970s 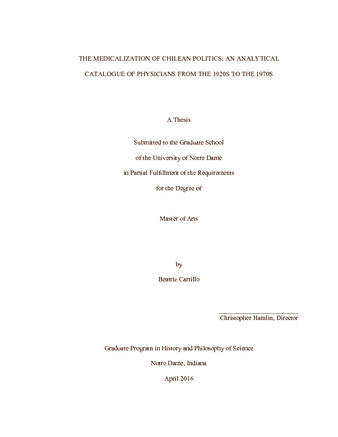 During the early twentieth century Chilean doctors took a different approach to the relation between medicine and politics; they did not only publicly claim for the need of a Ministry of Health but they got involved in legislation. Doctors in Chile took the medical expertise they had learned while practicing their trade and moved it into the congress, helping promote and create new laws that would help socialize medicine.