Theoretical Virtues in Science and Metaphysics 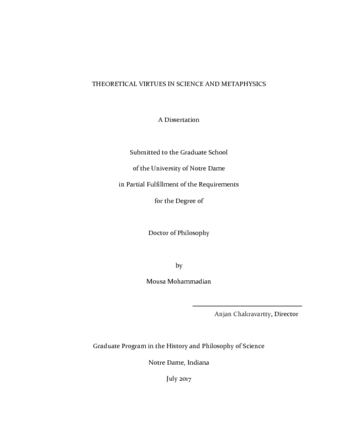