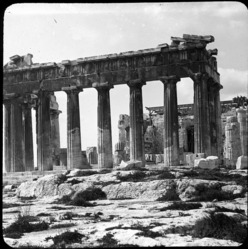 Some of the metopes are visible.