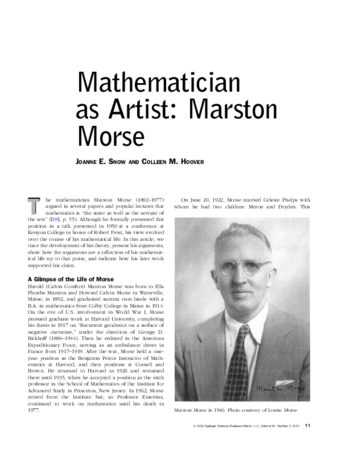 The mathematician Marston Morse (1892–1977) argued in several papers and popular lectures that mathematics is ‘‘the sister as well as the servant of the arts’’ ([18], p. 55). Although he formally presented this position in a talk presented in 1950 at a conference at Kenyon College in honor of Robert Frost, his view evolved over the course of his mathematical life. In this article, we trace the development of his theory, present his arguments, show how the arguments are a reflection of his mathematical life up to that point, and indicate how his later work supported his claim.