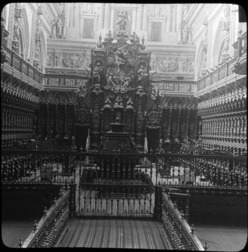 Pedro Duque Cornejo carved the choir-stalls and throne (1747-1757). The throne features the Ascension of Christ.