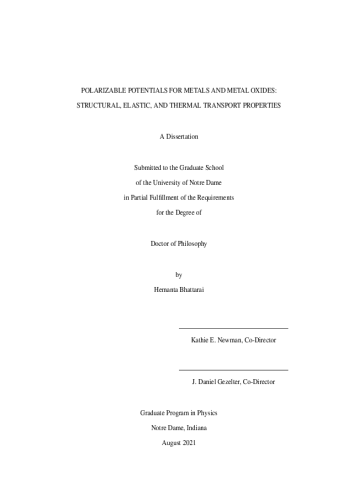 In simulations of metallic interfaces, a critical aspect of metallic behavior is missing from the some of the most widely used classical molecular dynamics force fields. I present a modification of the embedded atom method (EAM) which allows for electronic polarization of the metal by treating the valence density around each atom as a fluctuating dynamical quantity. The densities are represented by a set of additional fluctuating variables (and their conjugate momenta) which are propagated along with the nuclear coordinates. This “density readjusting EAM” (DR-EAM) preserves nearly all of the useful qualities of traditional EAM, including bulk elastic properties and surface energies. However, it also allows valence electron density to migrate through the metal in response to external perturbations. I show that DR-EAM can successfully model polarization in response to external charges, capturing the image charge effect in atomistic simulations. DR-EAM also captures some of the behavior of metals in the presence of uniform electric fields, predicting surface charging and shielding internal to the metal. I further show that it predicts charge transfer between the constituent atoms in alloys, leading to novel predictions about unit cell geometries in layered L10 structures.

I have also studied the interfacial thermal conductance, G, of the flat Au(111) - water interface using non-equilibrium molecular dynamics simulations. I utilized two metal models, one based on the embedded atom method (EAM), and one which includes metallic

polarizability via a density-readjusting embedded atom method (DR-EAM). These were combined with three popular water models, SPC/E, TIP4P, and TIP4P-FQ to understand the role of polarizability on the thermal transport process. A thermal flux was introduced using velocity shearing and scaling reverse non-equilibrium molecular dynamics (VSS- RNEMD), and transport coefficients were measured by calculating the resulting thermal gradients and temperature differences at the interface.

The primary finding is that the computed interfacial thermal conductance between a bare metal interface and water increases when polarizability is taken into account in the metal model. Additional work to understand the origin of the conductance difference points to changes in the local ordering of the water molecules in the first two layers of water above the metal surface. Vibrational densities of states on both sides of the interface exhibit interesting frequency modulation close to the surface, but no obvious differences due to metal polarizability.

I extend DR-EAM to study the oxides. The oxygen functional is tuned to match the structural properties and the enthalpy of formation of the oxides. The pair potential for metal-oxygen is tuned explicitly to make the oxide structure stable.