Chichén Itzá: One of the platform temples 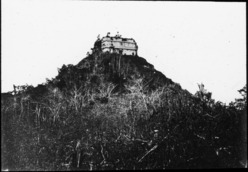