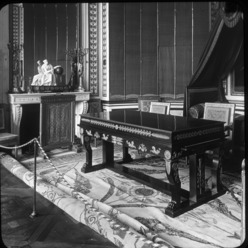 Formerly a small study of Louis XVI, redecorated for Napoleon in 1811 with a small camp bed of gilt iron and a Empire style desk by Jacob Desmalter.