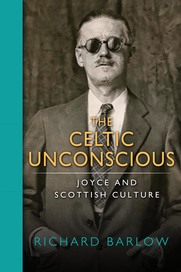 The Celtic Unconscious offers a vital new interpretation of modernist literature through an examination of James Joyce’s employment of Scottish literature and philosophy, as well as a commentary on his portrayal of shared Irish and Scottish histories and cultures. Barlow also offers an innovative look at the strong influences that Joyce’s predecessors had on his work, including James Macpherson, James Hogg, David Hume, Robert Burns, and Robert Louis Stevenson. The book draws upon all of Joyce’s major texts but focuses mainly on Finnegans Wake in making three main, interrelated arguments: that Joyce applies what he sees as a specifically “Celtic” viewpoint to create the atmosphere of instability and skepticism of Finnegans Wake; that this reasoning is divided into contrasting elements, which reflect the deep religious and national divide of post-1922 Ireland, but which have their basis in Scottish literature; and finally, that despite the illustration of the contrasts and divisions of Scottish and Irish history, Scottish literature and philosophy are commissioned by Joyce as part of a program of artistic “decolonization” which is enacted in Finnegans Wake. The Celtic Unconscious is the first book-length study of the role of Scottish literature in Joyce’s work and is a vital contribution to the fields of Irish and Scottish studies. This book will appeal to scholars and students of Joyce, and to students interested in Irish studies, Scottish studies, and English literature.