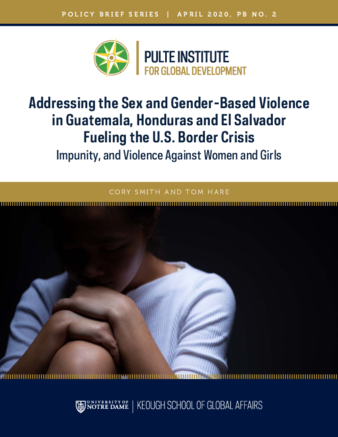 This policy brief recommends that 1) the U.S., the European Union, and the United Nations work with the governments and civil society in Guatemala, Honduras, and El Salvador to create a Commission Against Sex and Gender-Based Violence; and 2) the U.S. government enact legislation to address the root causes of violence against women and girls and provide foreign assistance to the region to address sex and gender-based violence and combat corruption.