Integration of Non-Abelian Lattices of Toda-type 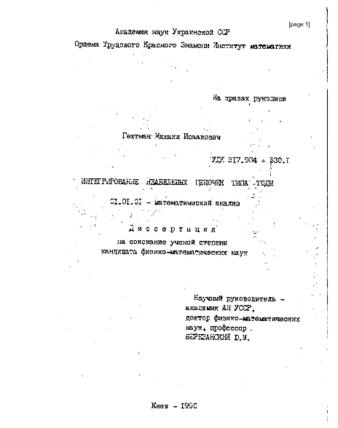 This work is devoted to integration of semi-infinite and finite non-Abelian lattices of Toda-type, that is, nonlinear differential-difference equations that can be written in a Lax form

L˙(t) = [L(t), A(t)] , where L is a tridiagonal matrix of order N ≤ ∞ whose entries are bounded operators in some Banach or Hilbert space and A is a finite band matrix of the same order whose entries depend on those of L. We develop an inverse spectral problem method for such equations that generalizes the one suggested by Yu. M. Berezanskii for solving the semi-infinite Toda lattice.

The table of contents in English is also available as a separate file attached to this record.