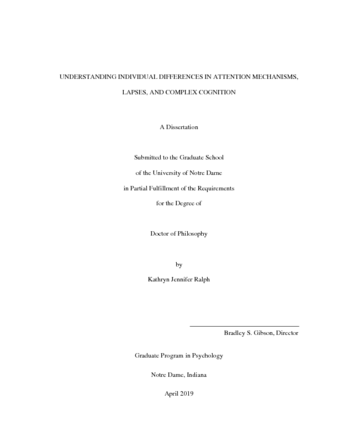 Contemporary researchers have suggested that our propensity to engage in off-task thoughts and to suffer performance failures (i.e., to experience lapses) is strongly related to our ability to engage attentional control (AC). As a construct, AC has been defined as the ability to maintain attention on task goals and to sustain attention in the face of internal and external distractions. However, the construct validity of AC remains untested, with earlier research suggesting it is comprised of variance from both goal maintenance and alertness tasks. Furthermore, recent evidence has suggested that tonic and phasic alertness, as measured by baseline and task-evoked pupil diameters, are predictive of lapses. The current study was thus motivated by the need to further understand the attentional mechanisms underlying lapses. Further, because AC partially explains the relationships between working memory (WM) and fluid reasoning (gF), it was important to explore how the attentional mechanisms underlying lapses related to WM and gF.