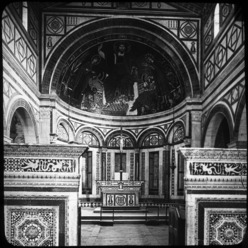 The apse mosaic bears the date 1297; it depicts Christ in benediction between the Virgin, St. Miniatus, the symbols of the Evangelists and the kneeling donor.