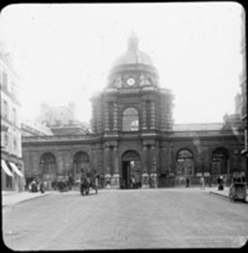 Originally built (1615-1645) to be the royal residence of the the regent Marie de’ Medici, After the Revolution it was refashioned (1799-1805) into a legislative building. It was subsequently greatly enlarged and remodeled (1835-1856) and has been the seat of the Senate of the Fifth Republic since 1958.