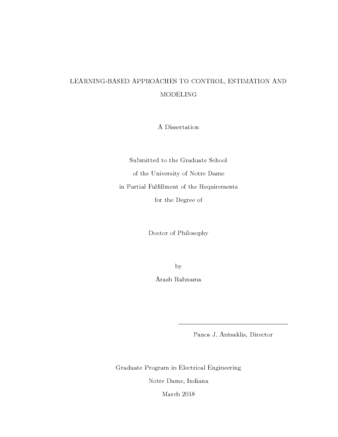 Design of cyber-physical systems requires control approaches that provide stability, performance, compositionality, robustness and security. QSR-Dissipativite and passive dynamical systems exhibit stability and robustness and preserve their properties over feedback and parallel interconnections. The majority of large-scale systems are designed such that their sub-systems communicate with each other over a band-limited communication network. Event-triggered network control designs are capable of decreasing the communication load amongst sub-systems while maintaining the desired performance index and robustness. In the present dissertation, first a comprehensive design-based event-triggered network control approach for the design and control of large-scale cyber-physical systems is introduced and a complete analysis of the passivity and QSR-Dissipativitity properties of the framework is given. Second, this work is expanded to a control methodology that deals with the negative effects of communication networks such as information loss, quantization and time-delays which may degrade the stability, performance and robustness of the overall networked system. The proposed control framework is easy to design and only utilizes the dynamical systems’ sensed input-output data and does not require an exact knowledge of the systems’ mathematical models. Next, a passivity based event-triggered control framework for synchronization of multi-agent systems is introduced and its resilience and robustness against Byzantine attacks are characterized. Further, a detection, estimation and decision making platform for each agent which relies on the statistical distribution of the data points received from neighboring agents is introduced. Lastly, learning-based control methodologies for mitigating the negative effects of the attack on synchronization are presented. The last chapter consists of three application oriented works pertaining to control, estimation and modeling. First, a co-simulation based online learning framework for performance optimization of an adaptive cruise controller which can deal with environment’s uncertainties and time-delays is introduced. In the second application, an unsupervised deep learning architecture for modeling and estimation of the cognitive states in the human brain, independent of subjects, using fMRI signals is introduced. Lastly, a supervised deep learning framework and an ensemble learning architecture for classification of 3D protein structures are proposed and their performance indices are compared and contrasted.