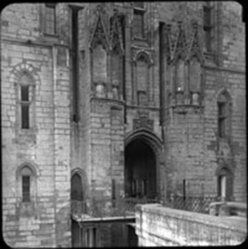 A massive 14th and 17th century French royal fortress in the town of Vincennes. It had its origins in a hunting lodge and was greatly enlarged, replacing the earlier site, in the later 14th century. It has been a royal residence, a dungeon and is the only fortified château close to central Paris.