White Stars and Stripes: The Effect of Race on Flag Displays at U.S. Protest Events 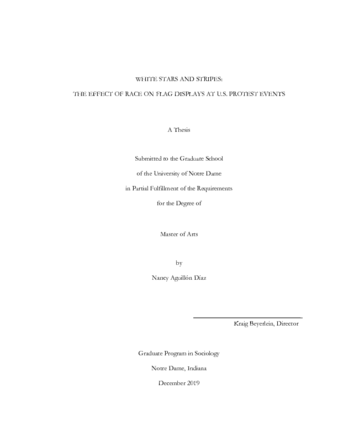 Protest participation speaks to group and individual civic engagement patterns, and collective identity mechanisms. Using the 2011 National Survey of Protest Events (NSPE), this paper investigates the question: how does U.S. flag use in protests vary by the racial composition of the protest? A critical analysis of the racist, colonialist, and exclusionary creation of the U.S. flag, theories on insider and outsider dynamics, as well as the racial formation process, demonstrate how the U.S. flag has been largely coopted by majority white protest groups, and majority non-white protest groups are less likely to use the flag in their claims making efforts. This project contributes to our understanding of the relationship between race, social movements, and collective identity.