Medicine, Then and Now: The Problem of Using Persistence as a Measure for Medical Efficacy 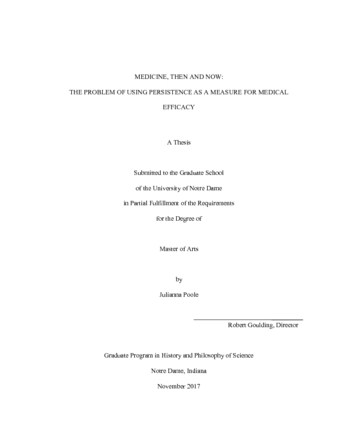 Modern Western biomedicine is in need of new drugs, and ethnopharmacologists are turning to premodern medical texts, such as the Anglo-Saxon Leechbooks, for remedies. To determine which premodern remedies to test in laboratory settings, historians must be more than translators; they must also determine which remedies are likely to be efficacious. In previous studies, historians have associated persistence of remedies in materia medica throughout the centuries with biomedical efficacy, but this association is problematic for two reasons. First, it is not clear that people, without the aid of controlled trials and statistical tests, can determine the effectiveness of drugs. Second, biomedical efficacy may not be the reason for a remedy’s persistence since theory or tradition can also be influential. Historians, therefore, should use different criteria to determine efficacy. Historians can instead identify remedies that would have immediate effects or remedies for chronic or non-self-limiting diseases.