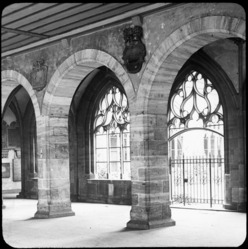 The cloister, renewed in the 15th century, has net vaulting and curvilinear tracery. The small cloister to its east was built 1467-1487.