Analogia Entis: On the Analogy of Being, Metaphysics, and the Act of Faith 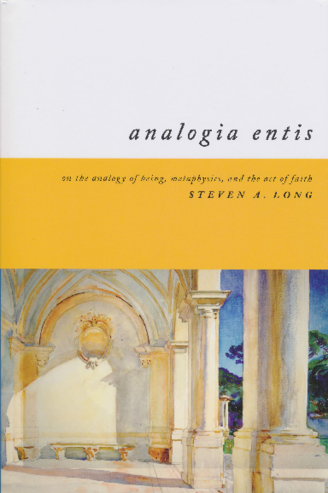 Analogia Entis: On the Analogy of Being, Metaphysics, and the Act of Faith is an intellectually rigorous and systematic account of Thomas’s teaching regarding the analogy of being. Steven A. Long’s work stands in contradistinction to historical-doctrinal surveys and general introductions, retrieving by way of an interpretation of Aristotle and Aquinas the indispensable role that analogy of being plays for metaphysics and, consequently, for theology. In his later writings St. Thomas did not return to questions about the analogy of being that he had answered earlier in his career. This has led most historical-textual treatments of analogy in current scholarship to the mistaken conclusion that Thomas actually changed his answers to these questions. Scholars fail to see the continuity between his treatment in the Summa theologiae and his earlier De veritate. Long’s study demonstrates the coherence of St. Thomas’s earlier and later analyses. It shows how Thomas’s later account in the Summa theologiae necessarily presupposes his earlier teaching. This is a book that invites the reader to a demanding and speculatively intense appreciation of the metaphysics of analogy. It will contribute significantly to the growing debate on the analogy of being.

“Steven A. Long’s Analogia Entis: On the Analogy of Being, Metaphysics, and the Act of Faith is a remarkable book containing a stunning speculative performance. Long speaks for a classical tradition of Thomistic thought but does so with a keen eye on precisely the ways it can help contemporary reflection. His compelling and substantive argument for the value and truth of a set of classical metaphysical understandings—for the necessity of the analogy of proper proportionality in the thought of Thomas Aquinas—will have to be taken seriously by anyone working in analogy in Aquinas as well as by a wide range of scholars within both philosophy and theology."—John F. Boyle, University of St. Thomas