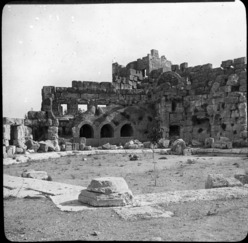 Between the propylaeum and the rectangular court is a hexagonal court, the plan is unparalleled for a courtyard and is another sign of the originality and sophistication of the temple complex.