The Roots of Religious Terrorism 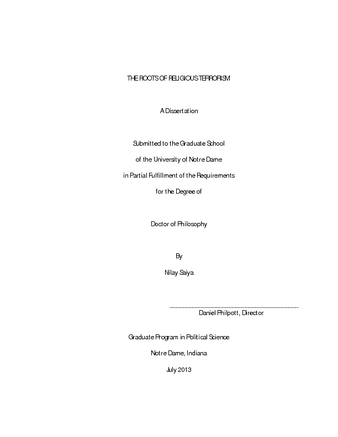 Religious terrorism stems centrally from regimes that deny religious freedom to their people. I argue for the strong effect of regime structure which, all else being equal, is likely to encourage or discourage religious terrorism depending on the level of religious freedom that it allows. When religiously devout people find themselves excluded and marginalized through law and repression, they are much more likely to pursue their aims through violence.

By contrast, religiously-free countries — states that protect both the religious rights of individuals or communities to manifest religion or belief in teaching, practice, worship and observance and the political rights of these groups to run for office and otherwise participate in politics — individuals and groups are free to influence state policy through institutional means including persuasion, ideological influence, and electoral power. I test these claims using a statistical analysis of an original dataset on religious terrorism and through several country case studies.