To Conceal or Reveal? Predictors of Adolescent Self-Disclosure to Mothers and the Mediating Role of Trust 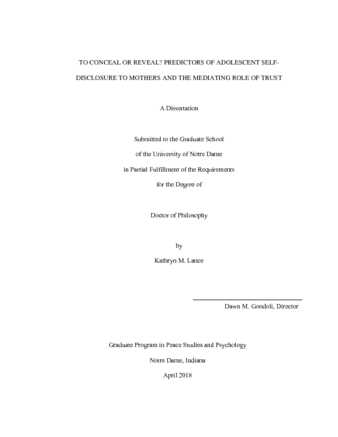 Using a sample of 82 mother-adolescent dyads, two 2-step hierarchical regressions confirmed the first hypothesis. Self-concealment explained additional variance in adolescent self-disclosure above and beyond what had been accounted for by the variables entered at step 1 (maternal warmth and adolescent rule-breaking behavior) according to adolescent reports and also mother reports.