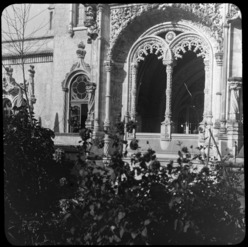 A luxury hotel located in the mountain range of Serra do Bussaco, in the municipality of Mealhada, in central Portugal, built around remnants of a Discalced Carmelite convent established in 1628, including the church and notable gardens. The Carmelites left Buçaco in the mid-19th century, as the religious orders were dissolved in Portugal. Late in the century there were plans to turn the ancient convent into a royal residence for Queen Maria Pia, wife of King Luís I. However, difficult political circumstances soon led to the decision to turn the palace into a hotel.