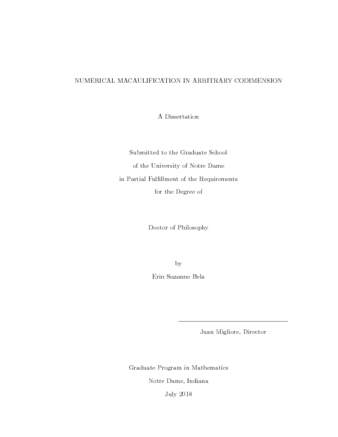 An ideal J is said to be numerically c-ACM (NACM) if R/J has the Hilbert function of some codimension c ACM subscheme of P^n. We exhibit algorithm which takes an arbitrary ideal and produces, via a finite sequence of basic double links, an ideal which is numerically c-ACM. An immediate consequence of this result is that every even liaison class of equidimensional codimension c subschemes of P^n contains elements which are NACM. This was first proved for the codimension two case by Migliore and Nagel, but was an open question in higher codimension.