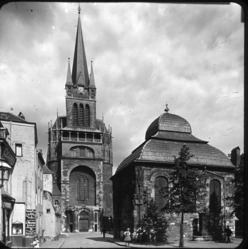 The upper stages were not completed until 1884, in a Gothic Revival style. The lower portions of the bell-tower, to the west of the octagon, belong to the Carolingian period.