When the Powerful Rebel: Armed Insurgency in Nineteenth-Century Latin America 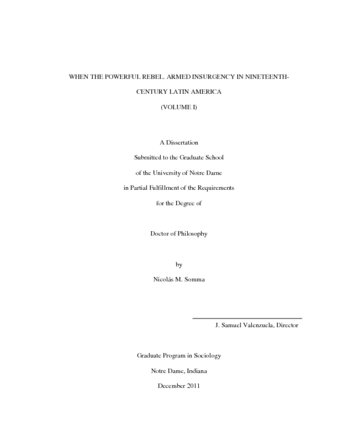 The first one is the strength of the ties between peasants and landowners. Strong ties allow landowners to use selective incentives for mobilizing their subordinates into rebel armies. Conversely, weak vertical ties reduce selective incentives and obstruct mobilization. This complements theories about insurgencies “from below”, which assume that weak vertical ties increase insurgency.

The third factor is the type of party system. Two-party systems simplify the process of blame attribution, allow the party in power to exclude its opponent, and encourage leaders to emphasize extreme positions for capturing the support of small and highly militant electorates. This increases polarization and boosts insurgency. Conversely, because in multi-party systems parties are unable to govern alone, they are encouraged to engage in flexible electoral and congressional alliances that decrease polarization and therefore insurgency.