Great Mosque of Damascus: Shrine of John the Baptist (Yahyā) within the mosque 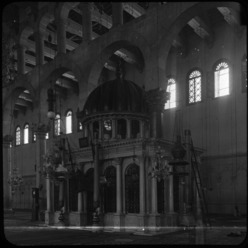 The mosque holds a shrine which today may still contain the head of John the Baptist, honored as a prophet by both Christians and Muslims alike.