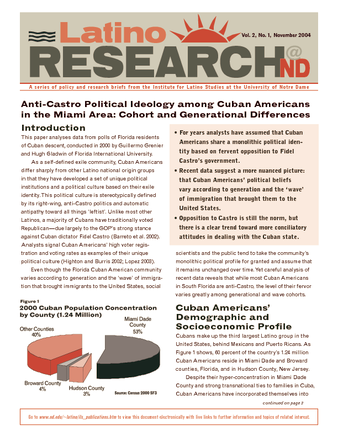 Even though the Florida Cuban American community varies according to generation and the ‘wave’ of immigration that brought immigrants to the United States, social scientists and the public tend to take the community’s monolithic political profile for granted and assume that it remains unchanged over time. Yet careful analysis of recent data reveals that while most Cuban Americans in South Florida are anti-Castro, the level of their fervor varies greatly among generational and wave cohorts.