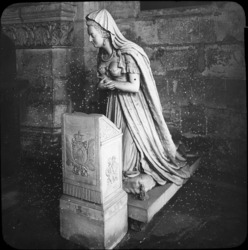 This statue has been moved from the crypt to a side chapel of the nave and assembled into one monument to Louis XVI and Marie-Antoinette.