State Hermitage: Detail view of one of the staircases 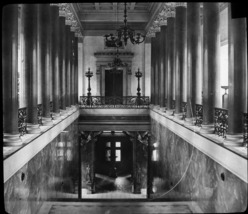