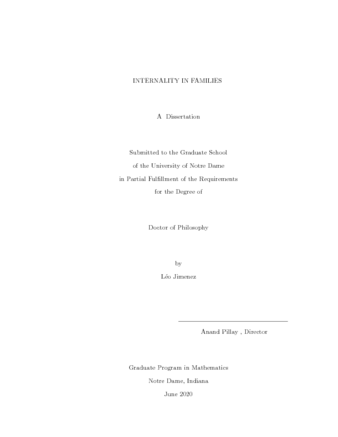 In geometric stability theory, internality plays a central role, as a tool to explore the fine structure of definable sets. Studying internal types, one often encounters uniformly defined families of internal types. This thesis is mainly concerned with the study of such families, both from an abstract model-theoretic perspective and in concrete examples.

In the first part, we generalize one of the fundamental tools of geometric stability theory, type-definable binding groups, to certain families of internal types, which we call relatively internal. We obtain, instead of a group, a type-definable groupoid, as well as simplicial data, encoding structural properties of the family.