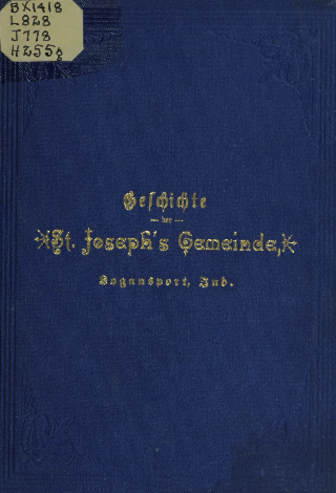 History of the Catholic Church and missions in Indiana territory. This collection of monographs:

•Brings to light the settling of Indiana when Indiana was the western frontier, migration patterns in Indiana, and the history of settlements. First were traders, explorers, missionaries, and later, families and towns. These works provide evidence of the multi-cultural influence in early Indiana, of French from Canada, via riverways of Kentucky, Detroit, and French and Geman from the East (Ohio, Pennsylvania).

•Contributes to and expands the whole Indiana story– from 17th century missions to the Vincennes diocese (founded 1834), including South Bend and Northern Indiana as mission outposts. Catholic Indiana shaped a lot of the settlement, culture, and education.

•Augments understanding of local and regional history of the early meetings of missionaries and Native Americans, particularly Pokagon Band of Potawatomi.

•Fits broadly into frontier history within the US and US Catholic history.