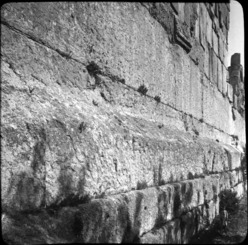 The sloping terrain necessitated the creation of retaining walls on the north, south and west sides of the plaza. These walls are built of about 24 monoliths at their lowest level each weighing approximately 300 tons.