Arch of Trajan at Timgad, Algeria 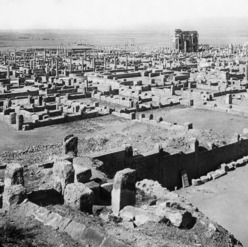