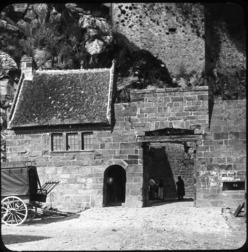 A barbican is an outwork in Medieval fortifications, such as gate towers, but more frequently an advance work used to flank the approach to a gateway.