An impartial consideration of those speeches : which pass under the name of the five Jesuits lately executed : viz. Mr. Whitebread. Mr. Harcourt. Mr. Gawen. Mr. Turner, and Mr. Fenwick : in which it is proved, that according to their principles, they not only might, but also ought, to die after that manner, with solemn protestations of their innocency. 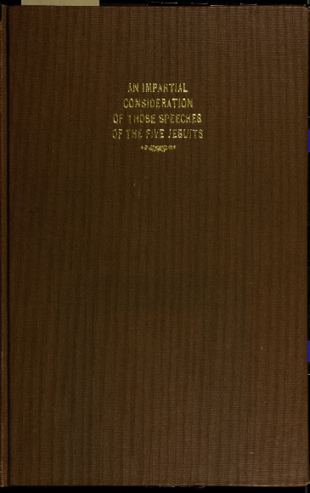