Hispanic Housing in the United States 2006 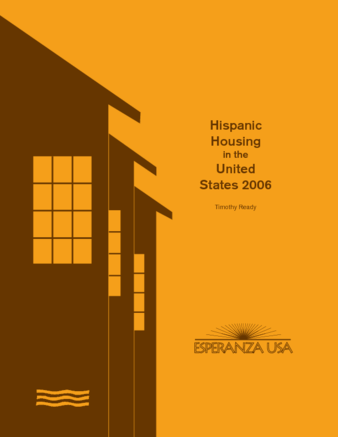 In recent years Hispanics have become a major force in housing markets across the nation. As the fastest growing segment of the US population, Hispanics are forming new households at an unprecedented rate?fueling demand in both the renter- and owner-occupied housing markets. Hispanic immigrant householders and their children, along with the many long-established Hispanic residents of the United States, are creating homes for themselves and their families and have become stakeholders in their communities.