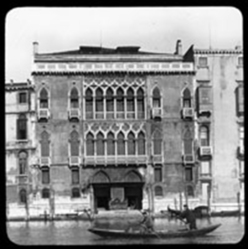 A palace situated along the Grand Canal in Venice, Italy. It was built in the second half of the 15th Century by the Bembo family, The palace was renovated, modified and extended over the following centuries, finally taking on its current aspect in the 18th Century. The façade of Palazzo Pisani Moretta is an example of Venetian Gothic floral style.