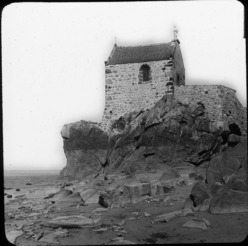 In Normandy, Saint Michael is the patron of mariners in his famous sanctuary at Mont-Saint-Michel in the Diocese of Coutances. He is said to have appeared there, in 708, to St. Aubert, Bishop of Avranches.