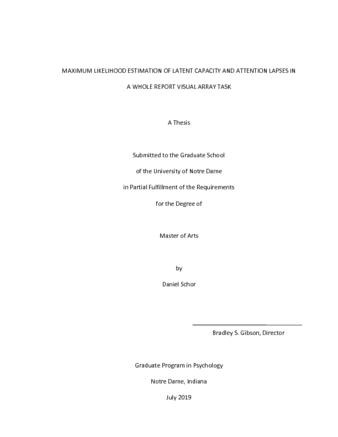 Recent research has suggested that individual differences in WMC are modulated by differences in the fluctuations of arousal states thought to cause lapses of attention. One important line of research has devised a whole report visual array task to better measure capacity along with a computational model to help distinguish between graded vs. dichotomous lapses of attention. This research has concluded that attention lapses are better characterized as graded states, and more importantly that individual differences in performance appear to be due primarily to differences in lapse rate as opposed to capacity. Two studies are reported in this paper that further evaluated the relative importance of lapse rate and capacity in this task. Based on maximum likelihood estimation, the results consistently showed that a model in which both lapses and capacity were allowed to vary accounted for performance significantly better than a model in which only lapses were allowed to vary.