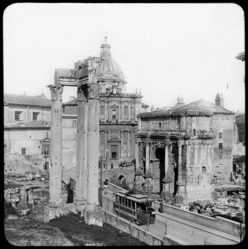 Between 71 and 75 CE the splendid Templum Pacis was built on the site of the old public market to commemorate the victory in Judea by Vespasian (reigned 69-79). The temple was connected to the Imperial Fora, to which it formed an appendix on the southeast side, and was surrounded by a monumental porticoed square resembling a forum, although only at the end of the Empire was it called the Forum Pacis.