Plasma actuators for drag reduction on wings, nacelles and/or fuselage of vertical take-off and landing aircraft 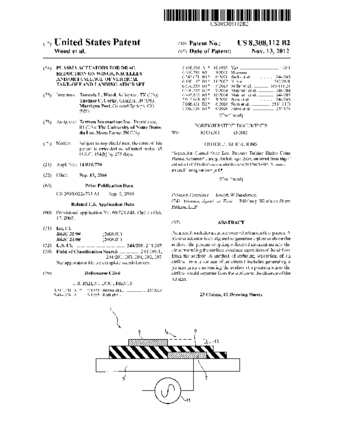