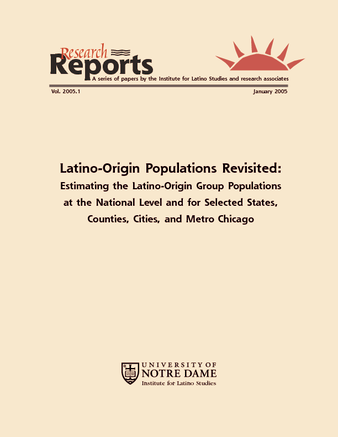 Since the release of Latino subgroup population data by the Census Bureau in 2001, many Latino advocacy and community organizations, planners, and scholars have suspected that the official census enumeration represents a severe underestimate of Latino-origin group populations in all parts of the country.