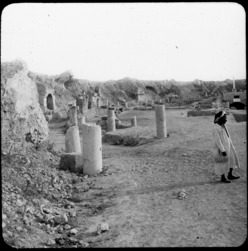 An amphitheatre was part of the public building campaign in the 2nd century CE by the Roman governor of Africa. Unfortunately only the heavily robbed foundations of these important buildings survive.