No Stressing About Memory: An Investigation of Allopregnanolone and Nitric Oxide Effects on Long-Term Potentiation 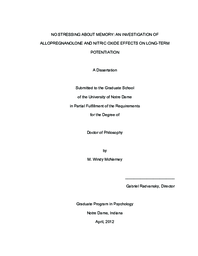