Mont-Saint-Michel Abbey: Distant context view of Abbey on top of the mount, with fortification walls and buildings of the surrounding village 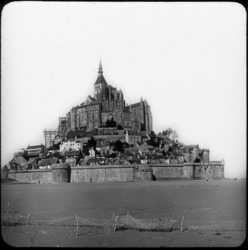